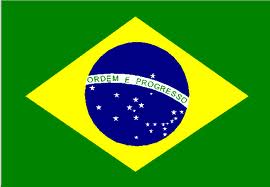 South Florida has seen a rise in foreign real estate activity from many different
nationalities. However, the recent wave of wealthy Brazilians has created such a
remarkable impact on the market as millions of dollars are now being spent on luxury
real estate as well as other high end commodities within the region.

It has been years since the Brazilians have been found arriving on the shores of the
South Florida region. In fact, many recall the real estate crisis to be about the same
time that the number of Brazilians seemed to have grown at such a rapid rate as so
many of the condominiums and foreclosure properties found within the market had
become a prime option for the Brazilian audience.

It was also around that time that the economy of Brazil had been doing very well,
especially with regards to foreign currency rates against the dollar, which meant that
their nationals had a much better advantage with regards to the opportunities that were
to be presented to them within South Florida.

According to many of the Brazilian property buyers who have been coming back to
the region for more real estate opportunities, the prices on luxury real estate within
South Florida is definitely much more reasonable than options found in places such as
Rio de Janeiro.

Aside from real estate being more expensive in many different areas within Brazil, it
seems that the quality of living within South Florida has proven to be another strong
influence in what brings people to considering the opportunities that are found within
the region.

Of course, the fact that South Florida and Brazil share similar climate conditions has
made it easy for the Brazilian crowd to fit right in with everyone else, especially since
the region has been known to have such a culturally diverse mix. Also, the fact that
areas such as Miami are able to provide wealthy Brazilians with a truly world-class
selection of shopping options means extra business for a wide range of establishments
within the region, especially since the wealthy ones have been known to have a flair
for all of the finest things that life has to offer.

It has definitely proven to be a win-win situation for many Brazilians as the quality of
luxury real estate offered within the region lives up to the highest of expectations as
opposed to their expensive counterparts in Brazil. With their currency strength paired
up with the fact that prices within the South Florida region are still relatively cheaper
than they have been in a long time means that they are able to avail to major discounts
on the most opulence property options on the market today.

As the market has been receiving a significant boost from all of the real estate activity
coming from the Brazilian audience, it has been made apparent that there could have
been a much greater influence if they were given easier access into the United States.
Interestingly enough, US President Obama has held discussions with Brazil President
Rousseff regarding the matter to see what changes can be made to the current system.

But even though Brazilians are still forced to go through the trouble of acquiring their
tourist visa permits, they are recorded to have spent as much as $1.6 billion in Florida
within 2011 which marks an increase of almost 60 percent from 2010.

Needless to say, the number of Brazilian nationals continues to grow within the South
Florida region, most particularly within exclusive areas across Miami where the most
fabulous multi-million luxury real estate property options can be found.